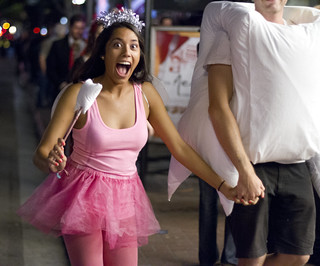 With our economy being in so much distress, fiscal cliffs, sequesters, etc., it’s mind-boggling to think of how these troubled times affect everyone. You have most likely noticed the prices rising on everything from gum to gas at an alarming rate.

Well, as it turns out, you’re not the only one. An age old institution, adored by children everywhere is facing rising costs as well. Yes, indeed, it seems like even the tooth fairy is feeling the brutal sting of our troubled economy. Over the years, she’s had it pretty good. Only paying a pittance for teeth she needs for, well, um… whatever she needs them for.

20 years ago the standard trade-off was around .50 cents to, at the high, end $1.00. She got the tooth and the kid got the change, simple commerce. Not only that but she counted on the return business when the kids spent their profits on candy, thus hopefully assuring more teeth. Now, however, rising overhead may threaten the tooth fairy’s bottom line, according to a survey done by Visa.

Why Visa is conducting a survey about the rising cost of kid’s teeth is a creepy subject for another day, but the results are interesting. The average going rate for a kid’s tooth is … $3.00! Yes, you read that correctly, three dollars.

Is there a union of money-hungry, Dora-watching, little tycoons jacking up the prices on the tooth fairy? Well, maybe, but a graph in the USA Snapshot showed that in 2000 the average gift was $1.48 and by 2011 it had raised up to $2.10. In the last couple years it has continued its rise to $3.00. Research has shown that prices paid in the times between 1900 to 1980 found that the amount kept up with inflation. Apparently, she’ll have to start putting stock options under pillows in five years.

That being said, we still suspect that in some corporate tower, presumably made of Legos, there’s a pint-sized board of directors secretly manipulating the tooth economy, exploiting the tooth fairy to feed its’ insatiable greed for cookies and Sponge Bob.