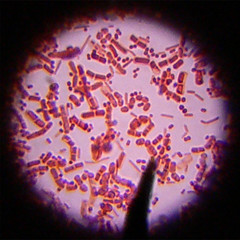 It is common knowledge that smoking cigarettes can cause a whole host of health problems ranging from emphysema to lung and throat cancer, but according to a new study published in the journal Infection and Community, smoking also causes the body to attack the good bacteria that we have in our mouths, leaving smokers more susceptible to oral diseases such as periodontal disease.

During the first 24 hours after we are born, microbial communities called biofilms begin to form in our mouths. Our body recognizes these bacterial communities and does not consider them a threat to the body, as the biofilms protect our mouths from harmful bacteria. For smokers however, the helpful biofilms are not present in the mouth, allowing bad bacteria to run rampant and increase risk of disease.

The study, led by assistant professor of Periodontology at Ohio State University Purnima Kumar and her colleagues, had investigated the role and regrowth of microbial communities in the mouths of both smoker and non-smokers. Researchers tested the mouths of 15 smokers and 15 non-smokers by taking samples of their oral biofilms for one, two, four, and seven days after they had experienced a professional oral cleaning.

After researchers determined which types of bacteria were present in the mouths of the subjects and whether the bodies of the subjects were treating present bacteria as a threat, it was found that healthy microbial biofilms were completely absent in the mouths of smokers. Smokers’ mouths were shown to become colonized by harmful bacteria known as pathogens within 24 hours of a professional mouth cleaning, and have higher levels of cytokines mounting defenses against possible infections. This immune response often presents itself as gingivitis, leading to periodontal disease.

The study ultimately found that the cytokines in the mouths of smokers were not only attacking harmful bacteria, but also the healthy biofilms that help us resist diseases such as periodontal disease. It is still unclear why the body cannot distinguish between the biofilms and bad bacteria in smokers.

It is important for your mouth and body to quit smoking as soon as possible. The negative impacts of the carcinogens pulled into your mouth during every cigarette can cause terrible health problems that could be irreversible.

If you are in need of a teeth cleaning whether you are a smoker or a non-smoker, call Dr. Hall at his dental office today to schedule an appointment.