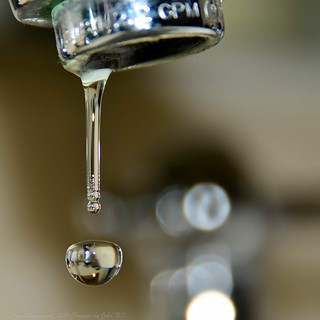 A debate about fluoridated drinking water in Pinellas County, Florida, has been resolved recently by a 6-1 vote to return fluoride to the water system.

One year ago, the local government in Pinellas County voted to have fluoride removed from its drinking water, drawing national ridicule. Many people in the scientific community consider water fluoridating a huge scientific breakthrough, while many others view it as unhealthy or even government tampering.

The decision to remove the fluoride by the commission was influenced by “anti-fluoride zealots”, and lead to an abrupt end to Pinellas’s fluoride.  The commissioners ignored established science and public health and in January of 2012, Pinellas became one the country’s largest areas without fluoridated water. That’s 700,000 residents who no longer benefit from what the CDC calls, “one of the nation’s greatest healthcare advances.”

It seems when fluoride opponents and elected officials got together it was in an effort to cheat the public out of hard-earned money. The Tampa Times visited dental health clinics and then interviewed county commission candidates to find that the ending of fluoride was a convenient way of selling fluoride for revenue to people who were formally getting it for free in the form of fluoride tablets for their drinking water.

In a rare political occurrence, voters ousted to incumbent commissioner who voted for removal and replaced them with two to get fluoride back. Without the Tampa Bay Times editorial board, hundreds of thousands of residents of Pinellas County would have been deprived of tooth decay-preventing fluoride.

Remember, fluoride is essential for preventing tooth decay and if you’re having problems with tooth decay, come in and see Colorado Springs Dentist Dr. Andrew Hall today. He can help you with any dental problems and give you information on why fluoride is so essential.