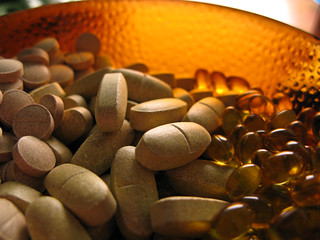 According to a new review of existing studies conducted by the University of Washington, Vitamin D may play a leading role in preventing tooth decay. The study included 24 controlled clinical trials focusing on 3000 children in several countries from the 1920’s to the 1980’s. They concluded that Vitamin D contributed to a 50% drop in tooth decay because Vitamin D may help the body absorb the calcium needed to build and maintain strong teeth.

Philippe Hujoel, PhD, DDS, was attempting to use the existing research to help dental professionals “take a fresh look at the Vitamin D issue.” He concluded, in agreement with other researchers of Vitamin D and dental health, that children who lack Vitamin D have weak and often delayed tooth development and are much more prone to dental problems.

Historically there has been much disagreement over the tooth decay-fighting power of Vitamin D. In 1950 the American Dental Association concluded that Vitamin D had did not have any beneficial effects on dental health. The American Medical Association and the US National Research Council begged to differ – based on the same evidence. In 1989, despite new evidence supporting Vitamin D’s benefits, the National Research Council called the issue “unresolved.” The same holds true to this day for the Institute of Medicine, the US Department of Human Health and Service and the American Dental Association. Until a direct conclusion is reached, keep in mind that you can’t go wrong by remembering that Vitamin D is essential to children’s health. Either way providing adequate Vitamin D to your child is a sure winner.