Does a Mother Really Lose a Tooth for Every Child? 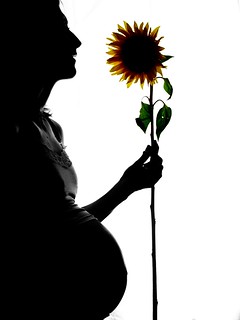 Old wives’ tales and legends are prevalent in many different cultures, and they are often used to teach morals to infants and young children. In the majority of cases, they are fanciful fables that have little basis in reality, but every so often a story or lesson emerges that has a genuine scientific foundation.

For example, there is a tale which suggests that a mother loses a tooth for every child that she gives birth to. While this has been dismissed by some as just another far fetched narrative, there is now reason to believe that it has genuine validity as a medical concern. Thanks to research conducted in New York, a clear link has been drawn between the physical trauma of child birth and the subsequent loss of teeth.

When Fables are Founded in Truth: Why Mothers are More Likely to Lose Their Teeth

According to research conducted by Dr. Stefanie Russell, who is an Assistant Professor of Epidemiology and Health Promotion, women who have given birth to children are far more likely to lose their teeth. The nationwide study canvassed the thoughts of 2,635 women aged between 18 and 64, each of whom had reported at least one pregnancy in the Third National Health and Nutrition Examination Survey. With the vast majority of respondents claiming that they had been prone to tooth loss both during pregnancy and after giving birth, the study raises questions as to the reasons behind this phenomenon.

Given that the surveyed respondents represented a range of social demographics, the connection between child birth and tooth loss cannot be attributed to poor oral hygiene alone. Instead, it is likely that the issue is caused primarily by the biological and behavioral changes experienced by women when they go through the trauma of pregnancy and labour. In addition to this, financial constraints can also deter pregnant women from seeking out necessary dental treatment, especially if they are looking to make savings for the future and prioritize the needs of their unborn child.

Raising Awareness Over the Importance of Oral Hygiene

So while the physical and psychological changes caused by pregnancy reinforce the need for regular dental check-ups, many expectant mothers skip regular dental visits due to a variety of concerns. With the risk of gum disease a particular threat to women who have experienced multiple pregnancies, it is absolutely critical that these individuals visit a dental care professional regularly to maintain their oral health.

If you are pregnant, come visit your Colorado Springs dentist, Dr. Andrew Hall.  Dr. Hall can help ensure that your teeth are in great condition and minimize any chance of tooth loss.  Mothers who have lost teeth during or after pregnancy can also be treated with dental implants.  Book an appointment with Dr. Andrew Hall for a free consultation and see if implant dentistry is right for you.