Dental Implants – A Safe and Reliable Way to Restore Your Smile

It’s no secret that celebrities are always looking for ways to cosmetically improve upon their looks. The entertainment news is always sharing stories of how “so and so” had this procedure done, and “so and so” had that procedure done.  When it comes to smile makeovers, celebrities including Miley Cyrus, Lindsay Lohan, Keith Urban, and 50 Cent have all been featured in news stories containing before and after photos of their cosmetic dentistry. 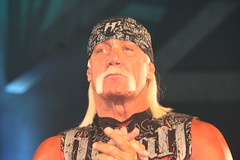 Just this past fall, even famous wrestler and reality television star Hulk Hogan made a trip to the cosmetic dentist to undergo a procedure, but unfortunately the news was not about a before and after photo of successful dental implants, but about a complication he had during surgery.

Reportedly, Hogan underwent a sinus graft procedure in which a donor bone was installed inside of his mouth because without it, he did not have enough bone to support the dental implant.  When the surgeon began the implant surgery, his stitches tore and he developed a stubborn infection that did not clear with antibiotics.  Eventually, Hogan had a CAT scan that revealed a metal tack was left in his jaw – the real culprit for the constant infection.  It was not reported if Hogan went forward with the rest of his dental implant surgery, but he did state that he was in a lot of pain and quite upset about the negligence on behalf of his doctor.

Hogan’s story might inflict some fear into people who are thinking of having dental implants; however, what happened to Hogan is not typical.  If you are having reservations about dental implants, do not be swayed by Hogan’s horror story, but be assured that when performed by a credible dentist, dental implants are a perfectly safe and reliable way to restore your smile.

Dr. Andrew Hall is an implant dentist in Colorado Springs with a long list of credentials who has improved the lives of his patients through successful dental implant surgery.  If dental implants are something you desire, call his Colorado Springs dental office today or schedule an appointment online for a free consolation.  Dr. Hall and his highly capable staff will get you the help you need to restore your smile.