Can Coconut Oil Help in the Fight Against Tooth Decay? 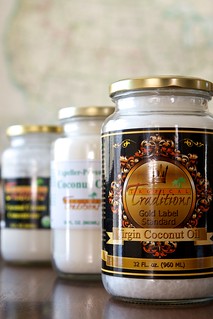 Medical research remains of critical importance to the progression of society, both in terms of the cure and prevention of disease. With preventative measures especially pivotal in ensuring the long term well being of citizens, the efforts of medical professionals and scientific researchers should never be underestimated or undervalued.

In terms of the dental industry, the last decade has seen a number of breakthroughs in both the prevention and treatment of oral disease. Much more than this, research within the field has also identified a clear link between oral and general health, and reinforced the importance of protecting teeth and gums from significant or prolonged harm.

One of the most recent studies was conducted at the Athlone Institute of Technology in Ireland, and it was established to test whether digested coconut oil had the necessary antibacterial qualities to combat tooth decay. Already renowned as a natural antibiotic, the specific aim of the research was to determine whether coconut oil was able to counteract strains of the Streptococcus bacteria, which inhabits the human mouth and leads to the long term erosion of teeth.

Led by industry expert Dr Damien Brady, the substance was tested in both a natural and semi-digested state. The results were fascinating, as although coconut oil appeared to be entirely ineffective while in it natural form, once digested it prevented the majority of Streptococcus bacteria strains from developing. As a result, there are now genuine calls for digested coconut oil to be included as a key ingredient in dental care products throughout the world.

Coconut Oil: What Further Uses Are There

Not only do the findings of this study reinforce the value of scientific research, but they also embody its evolutionary state. Researchers and scientist across the globe will now be inspired by this recent discovery, and subsequently set about building on the findings through the stringent testing of similar substances and alternative foods.

In addition to this, coconut oil may now also be tested to see if it has the potential to combat other pathogens, including specific types of bacteria and yeasts. If it can indeed be utilized in mainstream healthcare, then it may even help to identify further links between dental and general medicine. This can only benefits patients throughout the U.S., and aid their quest for better and longer lasting dental health.

Dr. Andrew Hall, a Colorado Springs Dentist, is committed to the latest in dental technology.  For questions about Coconut Oil, Dental Implants, Single Visit Crowns, Invisible Braces or any other cutting edge dental technique contact him at his Colorado Springs dental office today!