Dental Anesthesia May Interrupt Development of Wisdom Teeth in Children 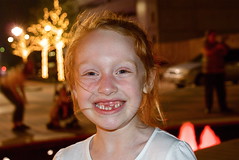 Every so often it’s discovered that a traditional medical practice has, or could have, repercussions on children or adults that have gone on unnoticed. Recently researchers from Tufts University of Dental Medicine have discovered at least a statistical association between the injection of local anesthesia given to children ages 2-6 and evidence of missing lower wisdom teeth.

The research suggests that the injection into the gums of very young kids may interrupt development of the lower wisdom tooth. To be fair though, not everyone even develops wisdom teeth.

Unlike all of your other teeth, the development of wisdom teeth doesn’t begin until well after birth. The wisdom tooth, or the third molar, develops between 2-6 years of age. That makes them very vulnerable to damage considering that in early stages of development they are weak and unprotected.

So this means the wisdom teeth have to survive development while under constant risk, due to the fact that by then, the child is eating hard foods that can damage the developing tooth. This can all lead to the wisdom tooth becoming impacted or problematic, and makes removal a necessity.

Using a system referred to as the Tufts Digital Dental Record System, the researchers identified records of patients who received treatment at Tufts Dental Facility between the ages of 2-6 and also had x-rays taken three or more years after the initial treatment.

They then eliminated the patients that had other factors for the missing tooth, such as things like delayed dental development and examined the rest of the data. The group that did in fact have anesthesia administered for problems like cavities was 4.35 times more likely to have missing wisdom teeth.

So, in essence, according to the researchers, dental professionals may have been giving local anesthesia to children for nearly 100 years that has prevented wisdom tooth development without knowing it.

Again, to be fair to dentists, some factors have to be taken into consideration. For one, a dentist can’t very well start drilling into a child’s mouth without anesthetic and the prescribed, established methods are what’s available to them.

Furthermore, bear in mind that this is statistical data, and that the percentage of that statistical data was low. This isn’t something that’s been fully researched. Rest assured that if it is the case, additional research will surely commence to solve this problem.

If you have any questions or concerns about this ask  Colorado Springs dentist Dr. Andrew Hall at your next appointment. It’s always best to consult an expert directly.